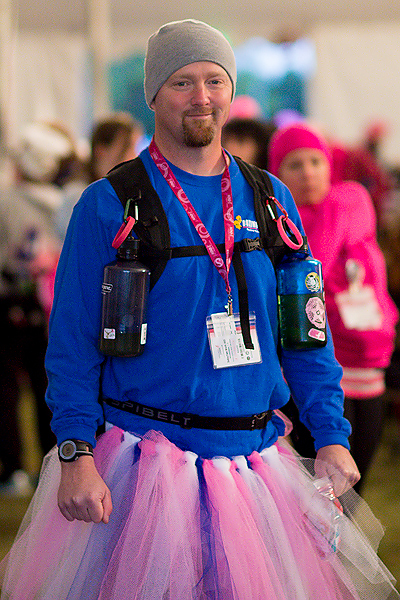 Kevin works in IT and is known for his hog hunting skills, but is also man enough to walk the Komen 3-Day in a little pink and show his support for fighting breast cancer

Men always have a thing about being “real.” The Los Angeles Raiders used to say, “Real Men Wear Black.” That’s understandable since black is often associated with masculinity. For the past four months, however, I have met more ‘real’ men wearing pink than I ever thought possible. Who are these guys? They are men enough to cry when they talk about a wife they lost. They are men enough to put an arm around a stranger on a 60-mile walk. And yes, they are men enough to wear a pink tutu and walk down the streets of Dallas/Fort Worth.

That’s a real man for you.

“I don’t mind wearing pink!” said Tom, early on Day 2 before the walk started. “My wife is a breast cancer survivor, and I have had many other friends who have battled the disease. I teach school and I’ve been wearing pink shoelaces for about a year now.” Tom was asked to carry a flag in honor of his wife in the Opening Ceremony.

Frank was dressed in the blue colors of Team Tiara. “They had adopted me into their team!” he explained at the beginning of the route on Day 1. He also toted the cutout of a dear friend and walker who unfortunately was undergoing surgery on Day 1 of the 3-Day even though she had already raised her money to walk. Affectionately dubbed “Flat Janice” the team carried these “flat” cutouts of their teammate to tote her along for the long walk. Frank seemed pretty content with his adopted team. 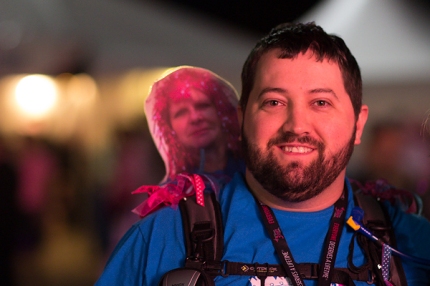 Mark and Jason looked like two linebackers as they strolled into Pit Stop 3 yesterday on the Dallas/Fort Worth 3-Day. They could have sacked the entire group of Bank of America employees who had gathered to cheer on the walkers. They were walking fast and had met each other on the route, but had different reasons to walk 60 miles. “I’m walking  so my 14-year girl doesn’t have to worry about cancer!” said Mark. Jason was ‘taking the place’ of his wife who wanted to walk but could not. These were not the usual pink-clad walkers you see on a Komen 3-Day weekend. The two men wore their comfortable gear, but accented themselves with pink, including a baseball hat that read: “Real Men Wear Pink.”

Dubbed “The Linebackers” by the author, Mark and Jason cruise through the 60-mile course on the Susan G. Komen Dallas/Fort Worth 3-Day

Even Youth Corps enthusiast Eli got involved because of his grandfather. “My grandpa actually died from breast cancer,” said Eli at the lunch stop for the walkers. Eli had to raise $500 and go through a rigorous interview process to be accepted into the Youth Corps, which supports the event. Eli’s youth group is identified by their brilliant yellow shirts, with of course, some excellent pink highlights.

Eli supports the Dallas/Fort Worth 3-Day by assisting the Youth Corps, a hard-working group of young volunteers for the weekend. He is joined here with fellow Youth Corps member Sarah

Father and son combo Frankie and Nathaniel stood out to me on the early morning of Day 1. They were not surrounded by a large team of women. They had not been invited to walk with a group. They were just out alone, to walk for their wife and mother. It was clear that the walk meant quite a bit for them. “By doing this walk,” said Frankie, “we can do something about it. We can have our say!”

Welcome to the 3-Day Blog!

This is a place to share the inspiring and extraordinary stories of the 3-Day community. It’s a place to highlight the exceptional people who claim the title 3-Day walker or crew. It’s a place to call out some of the best wisdom, tips, and just-plain-great messages that we hear from you.

New to the 3-Day Blog? Our Insider's Guide to the 3-Day is a great place to start! This series of posts will fill you in on what to expect on the 3-Day - from the route, to camp, and everything in between!

Please note that this site looks best in IE9+, Firefox, or Chrome.

Learn more about the 3-Day at The3Day.org or by connecting with us on social media. 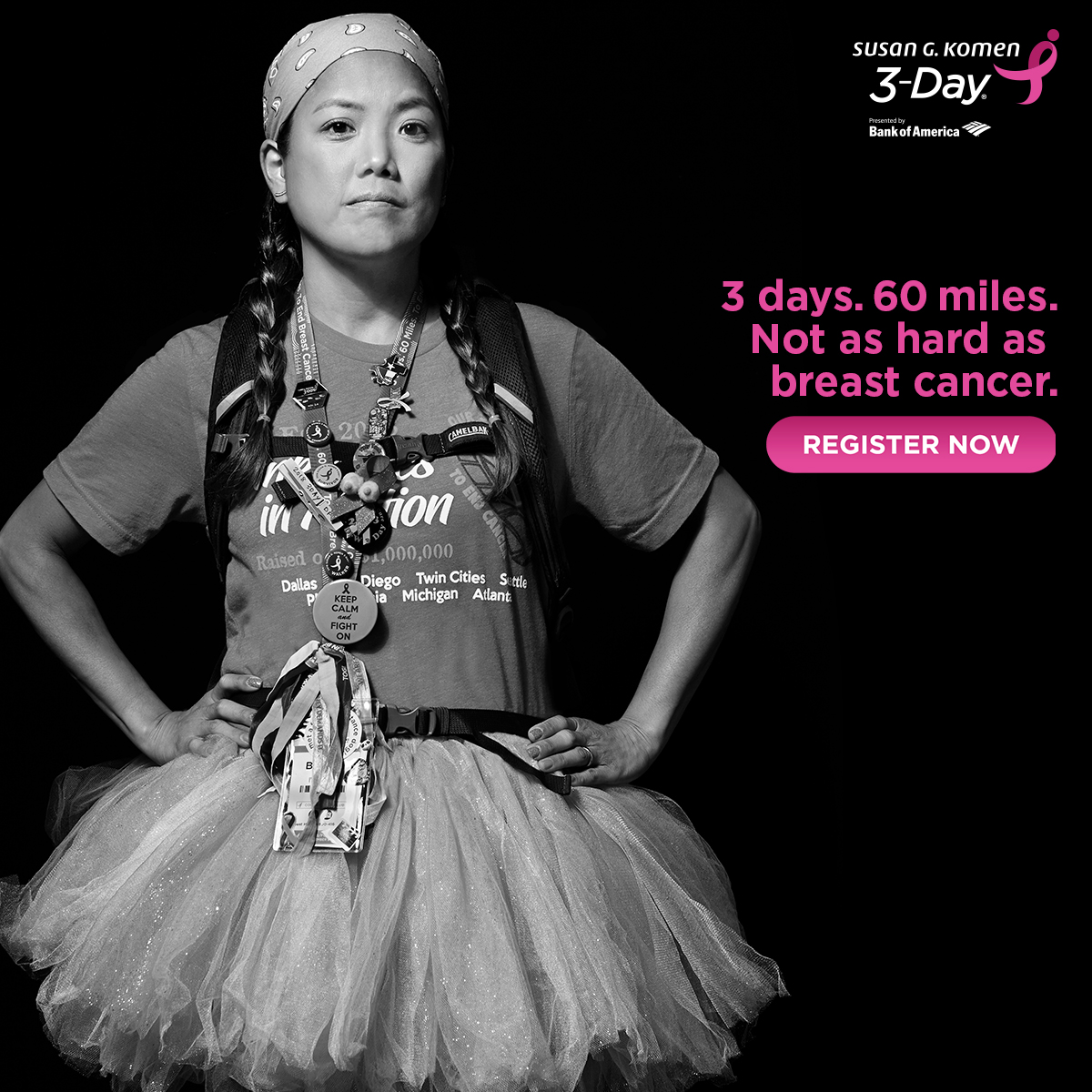